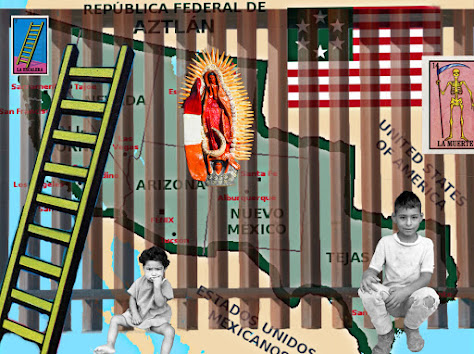 I grew up in south Texas, just a short drive from the Mexican border, a natural border delineated by the Rio Grande. My own area had been part of Mexico at least as long as it has been part of the United States. Ninety percent of the people in my town are of Mexican descent. The border was fluid back then—many of us shopped in Mexico on a regular basis, went to restaurants there, went to doctors there, visited relatives who still lived there. Migrant workers came from Mexico to help out on farms and ranches in Texas, arriving after they'd planted their own crops. Yes, some of them were entering the country illegally, but they were a regular and reliable part of the workforce. They usually returned home in time to harvest their own crops. If they happened to be apprehended by what was then the Border Patrol, they were bussed to the border and released, not punitively detained for months.
The wall isn't about keeping crime out. Trump is building his abominable wall solely to exclude people of color.  Guess what? They've been here a lot longer than he has, and they’ve been through worse. They will prevail, and so shall we all.